This game was not exactly what I expected.   The non-conference games had shown us some Duck weaknesses that I was sure Arizona would test.
Not the case.   Kelly had the boys ready. 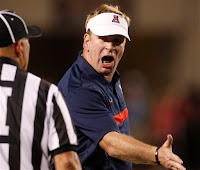 Arizona's defense stood little chance of stopping the Ducks, even when they resorted to the crawling shots on QB Darren Thomas' lower legs (anybody else notice this?).   This was a point of emphasis little more than a year ago, but the officials still seem to hesitate throwing flags at Stoop's troops or at him, for that matter.   I am now just beginning to be able to laugh at this joker, but his antics on the sidelines, honestly, make me ill. 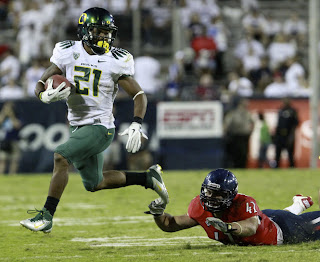 Stoops' defense was shredded by the
Lemon and Green, fueled by the record-setting performance of
LaMichael James. 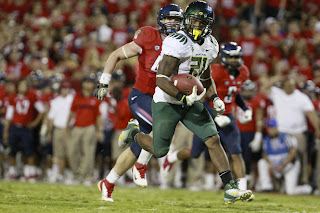 
A no brainer, this week's Winged Zed goes to 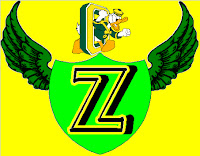 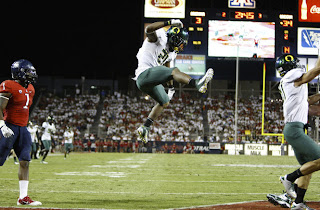 He's got us jumping for joy
and his 363 all purpose yards
puts him right back in the hunt for the Heisman!
Posted by Coach Z at 4:20 PM 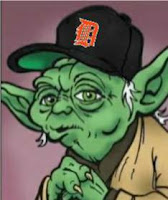